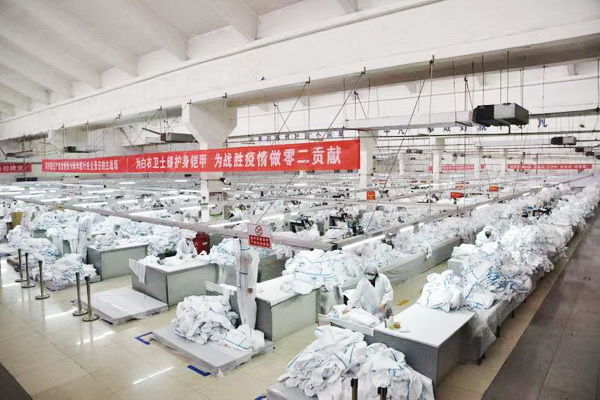 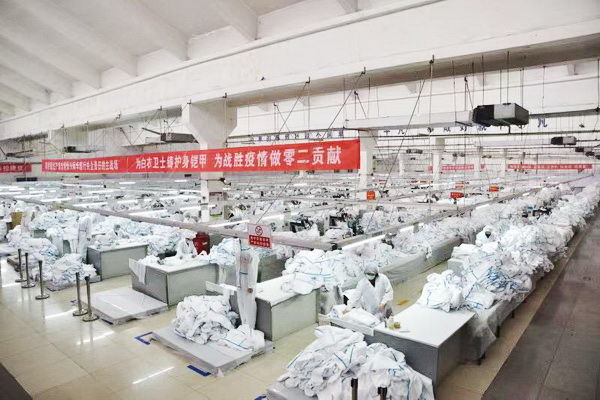 A total of 20,000 newly-developed medical bow caps developed by Xinxing Cathay International Group Co Ltd were delivered to Hubei province as the State-owned firm is bolstering efforts to develop advanced outfits for medical staff in the front line of the battle against the COVID-19 epidemic.

The fresh bow cap is ventilated with a breathing machine in comparison to the common hood worn by medical workers. It is able to retain positive pressure and keep out poisonous air, which means it has a higher protective ability than the common face guard, N95 masks and protective glasses.

For Nanjing Jihua 3521 Special Equipment Co Ltd, a subsidiary of Xinxing Cathy International and the developer of the medical bow cap, producing the cap is not what the firm is familiar with.

Before the epidemic, the subsidiary mainly produced military equipment and non-woven filter materials. When the firm became aware that such medical materials were badly-needed, the firm soon started producing them.

The Nanjing-based firm also developed a shoe that has anti-virus qualities for medical staff who said that common shoes made them uncomfortable and sweat a lot while wearing them for a long time.

In line with the call of Chinese President Xi Jinping, the country's State-owned enterprises like SDIC are setting a good example by resuming work while seeking to contain the disease.

Xi said that coordinated efforts are needed to resume production based on the local health situation to promote socioeconomic development while preventing the spread of the virus.

Nanjing Jihua 3521 is one of the companies under Xinxing Cathy International which have resumed operations and switch the production lines to produce badly-needed supplies for Wuhan.

On Jan 24, days after the COVID-19 outbreak, the company decided to resume work to produce medical protective garments. They did not produce such garments before, but they established a technology group to deal with designs and techniques.

It took only three days for the company to successfully develop the garment and put it into production.

"A consortium of SOEs are resuming operations in different regions, industries and working on several projects during the outbreak," said Xia Qingfeng, director of the Bureau of Publicity of the State-owned Assets Supervision and Administration Commission of the State Council.