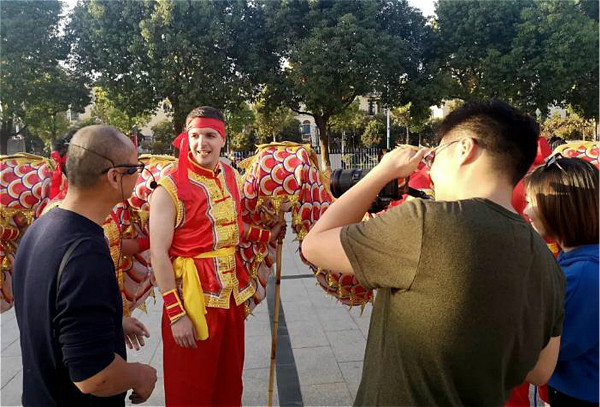 Situ Jianguo, also known as Stu, a famous vlogger and host of "Stu's China Story", visited Taicang, a county-level city in Jiangsu province, on Jan 11, to experience the life of a dragon and lion dancer. 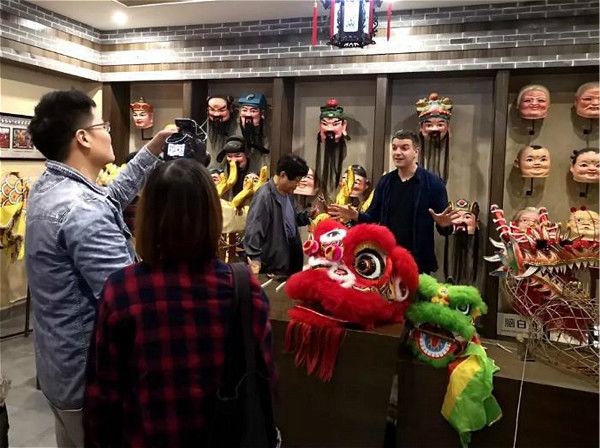 Stu learns how a dragon and lion dance prop is made.

The vlogger, with help from People's Daily, is producing a special short video series called Stu of All Trades.

The series aims to tell stories about the most unique occupations in China and reflect on China's development.

Stu, a graduate of Oxford, moved from Britain to China 13 years ago to learn about Chinese language and culture. He has since become one of the most famous vloggers in the country and hosts three shows.

In his shows, he uses British humor to share his stories, experiences and views about China in both English and Chinese.

"Humor has strength," he said, adding that he is looking forward to spending the next 10 years in China and taking part in the 2022 Beijing Winter Olympics.

Stu perfects his dragon and lion dance skills in Taicang on Jan 11.

Stu also praised Taicang as one of his favorite cities in South China, as the locals are enthusiastic and the environment is pleasant.

The vlog shot in Taicang has been posted on all the major social media platforms, including YouTube, Facebook, WeChat, Sina Weibo, and popular Chinese video-sharing website Bilibili.